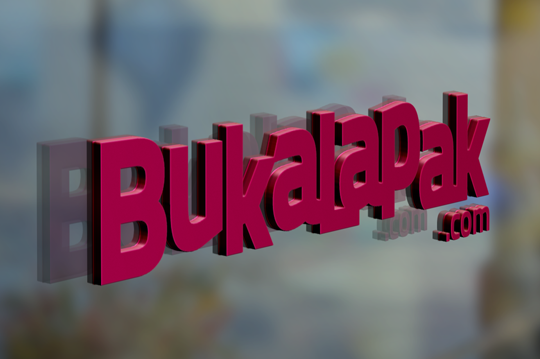 The leaked data of 13 million Bukalapak accounts are being traded again on the RaidForums hacker forum. This data is sold by two seller accounts in the forum, which previously served as the selling point for 91 million Tokopedia users.
Based on CNNIndonesia.com monitoring, Wednesday (6/5), the seller with the account name Asian Boy said the data he sold was dated 2017.
"I sold the Bukalapak.com database, 12,960,526 users," wrote Asian Boy in a thread on the forum 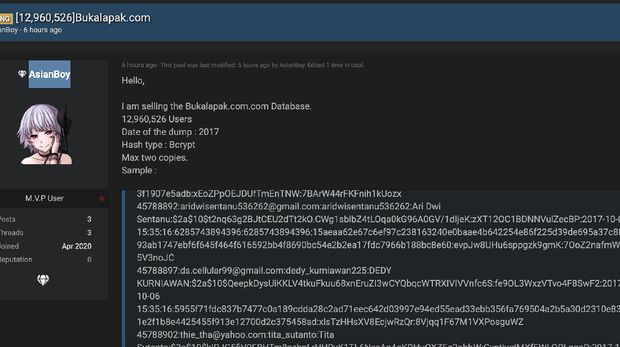 The data displayed starts from email, username, password, salt, last login, Facebook email with hash, user address, birthday, to phone number. He posted this sale at around 01.00 WIB.
This first seller just joined the forum in April 2020 and has only posted 3 threads. The three threads are in the form of selling data from several other sites, namely Classpass and Reverbnation. This user does not have a reputation yet.
Meanwhile, another seller with the account name Tryhard User also offered 12 million Bukalapak data. In the sample data that he displays, there are several data on the founders of Bukalapak such as Fajrin Rasyid to Ahmad Zaky.
"Selling the Bukalapak.com database," he wrote. Tryhard User has been a resident of Raid Forums for a long time. In the biography, it is recorded that he has joined since April 2017. The reputation value is quite high at 546 with 48 threads. He posted the data sale on Monday (4/5) at 20:58.
Both did not state how much data they sold, because they asked to contact them directly to ask for the price.
CNNIndonesia.com has contacted Bukalapak to confirm this but has not received a response.
It is also unclear whether the 13 million Bukalapak data sold is similar to the data of 13 million users that was leaked last year.
Previously, last year, there was a lot of discussion about hacking the data of 13 million Bukalapak accounts. At that time the data was sold by Pakistani hackers known as Gnosticplayers.
At that time, he sold the databases of the eight sites separately for a total value of 1.2431 Bitcoin or about US $ 5,000 equivalent to Rp. 70.5 million (exchange rate of US $ 1 = Rp. 14,100).