Jakarta, Mas Dongo - The KPU (Komisi Pemilihan Umum) website with the addresses at pusdatin.kpu.go.id and puslatlitbang.kpu.go.id was hacked by Hacked who calls himself Anon7.

From the hack the hacker left a message that contained:

The hacker left a message not to forget to remember the struggle of his hero.

Recently, there have been frequent hacks of Indonesian government websites, especially in the subdomain kpu.go.id and hackers often leave messages saying national days, holidays and even many satirizing the government.

Anon7 from AnonSec Team, our team is trying to find out this hacker team through google search.

From there our team gets information about which websites have been hacked by AnonSec Team. Last seen today recorded on the site, they have already managed to hack 1,163 websites. 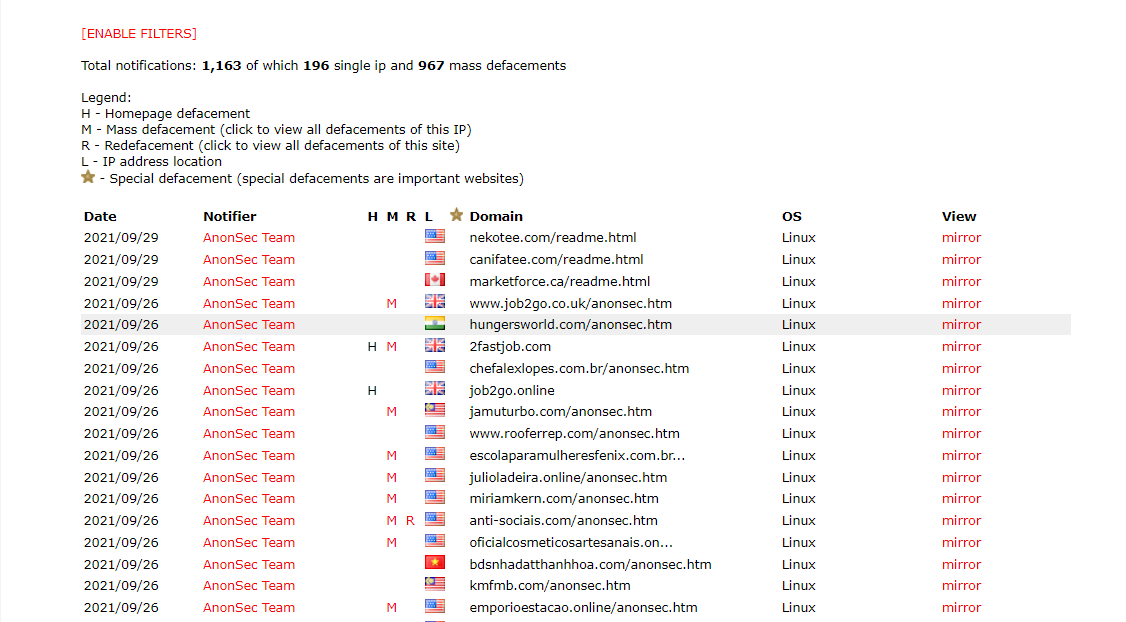